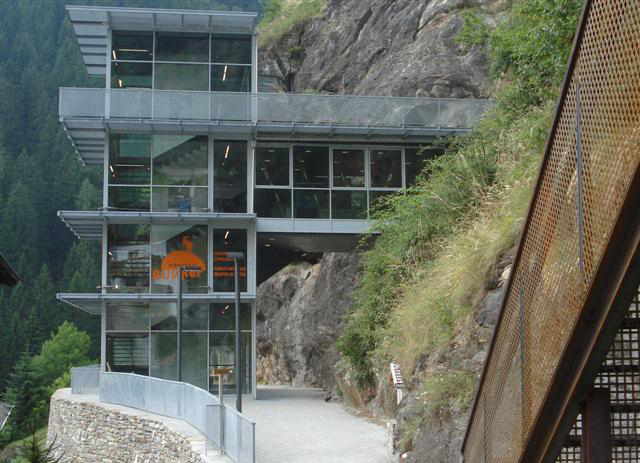 This facility, which is housed in a converted bunker, is both a museum and the information center (external link) for Texelgruppe / Gruppo di Tessa Nature Park. The glass tower at the entrance affords visitors a magnificent view of the impressing Hinterpasseier / Alta Val Passiria landscape, the village of Moos / Moso and the surroundingss, and Texelgruppe / Gruppo di Tessa Nature Park.

Bunker Mooseum feels like a genuine bunker, and outside the museum there’s a lookout platform and an ibex compound; and thus the tastes of both young and old are attended to. The museum also has a great deal to offer for both nature experts and nature lovers.

The museum is composed of several sections containing a series of galleries with exhibits of the latest archaeological and research findings concerning the history of the region’s settlements during the Mesolithic, Neolithic, Bronze Ice Age, Roman period, and Middle Ages, among other periods. This enables the visitor to trace the entire settlement history of Moos over a 10,000 year period extending from the Ice Age to today.

The central focus of the facility is the origin of the natural and man-made environment in Passeiertal / Val Passiria valley, in terms of mountain formation, climate; flora, fauna and human beings – and how all these elements coalesced to transform a virgin environment into a man-made landscape.